I recently competed 16 months of ethnographic fieldwork in Milan, Italy, as part of of the ASSA project, living and working in an inner-city, ‘superdiverse’ neighbourhood. My research involved working with Italians and migrant groups. I am particularly interested in how notions of community are constructed here, and the role of smartphones in affecting chains of care – both within the community, and beyond its geographical/social boundaries.

ASSA – The Anthropology of Smartphones and Smart Ageing is a 5-year ERC-funded global comparative project based at UCL Anthropology, led by Prof. Daniel Miller.

School of Sociology, Politics and International Studies, University of Bristol

Research assistance (February – April 2016) undertaken for the Migration Observatory, Centre of Migration, Policy and Society (COMPAS), University of Oxford on the project Immigration Narratives in the British Press (2016).

My role involved undertaking qualitative coding of a large data set of news items from a spectrum of British newspapers concerning narratives about migrants, refugees and asylum seekers from from 2011-2015. Full report of this work available online here.

Abadan’s digital afterlife is a digital ethnographic study (2015-2016) developed out of my doctoral research. It shows how a particular city-community from an oil town in South-West Iran, Abadan, is re-emering online through social media and virtual communities. The physical city of Abadan has undergone much physical and symbolic destruction, following the revolution of 1979 in Iran and Iran-Iraq war during the 1980s. My study shows how today, former and current Abadanis are (re)grouping as a city-community virtually, in ways that move beyond looking back, to nuanced socio-cultural engagements with individual and collective pasts, presents and futures. These processes occupy psychosocial ground between nostalgia, amnesia and aspiration. The study forms part of the collaborative online social history project: Abadan: Retold: www.abadan.wiki

Institute of Social and Cultural Anthropology, University of Oxford. 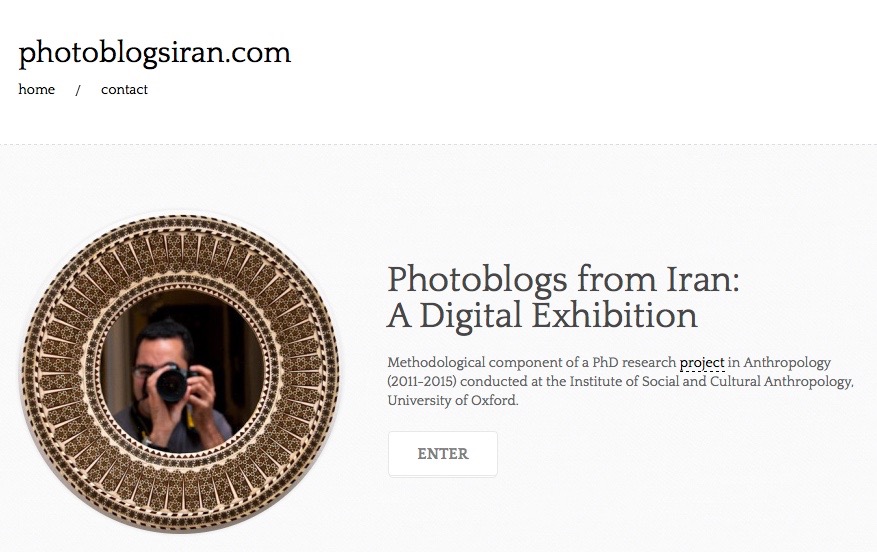 The study examined popular digital photographic practices in Iran, with a particular focus on Iranian photoblogging (blogging with digital photographs). Studying the practice from the early 2000s to the present, my research shows it to be an emergent social/mobile media form of transnational Iranian visual communication, concerning notions of identity, community, and the historically-layered image of Iran – as portrayed, remembered, imagined and understood.

OxDEG, the Oxford Digital Ethnography Group, comprises students and faculty members from the Institute of Social and Cultural Anthropology (ISCA) and the Oxford Internet Institute (OII), Oxford University, who discuss and share ideas about the evolution of ethnography in a heavily mediated world. Full programme available online here