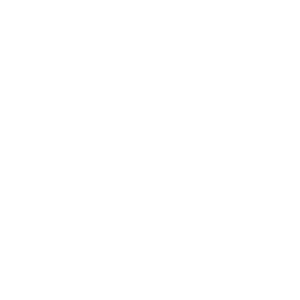 Among the themes that have emerged from my research on ageing in Milan over the last 14 months, relationships between women and their Mothers have been particularly prominent. I have been exploring the significance of physical proximity, distance, and smartphones in examining how caring is enacted in these relationships, amongst women of different ages and backgrounds. The following examples illustrate some aspects of this work.

Elena (55) and her 80-year old Mother, Maria, are both from a nearby northern Italian city where Maria lives alone following the death of her husband, Elena’s Father, three years ago. Elena, who is married, without children, lives and works full-time in Milan. Maria has a range of physical mobility issues, meaning that she is largely house-bound. She refuses to accept help from care workers (known as Badanti, in Italian, who are often from other countries), for the encroachment she says she feels this would pose to her autonomy. Maria does not appear to trust Badanti and dislikes the idea of ‘strangers’ inhabiting her home space so intimately: “These carers are caring for the money after all, are they not?” She explains. “For them it’s a job. They don’t really care”. The ‘real caring’, following Maria’s definitions, is carried out by her daughter Elena, who, not having any siblings, bears full responsibility for her Mother’s care. Maria does not have a smartphone, so Elena calls the house phone up to three times a day from Milan to check in. At the weekend, Elena drives the two-hour round trip to provide weekly shopping and carrying out basic household chores. The two women share in each other’s company, and Elena will often stay overnight on a Saturday. Elena herself, back in Milan, is facing a range of problems of her own, including pending unemployment, and a marriage under strain.

Elena’s situation is not uncommon in Italy and elsewhere. Academic studies have highlighted the anxiety, depression, and emotional strain often experienced amongst children, particularly daughters, who are primary carers for elderly parents (Amirkhanyan AA, Wolf DA. 2006). These pressures characterise, for instance, what has become known as the ‘Sandwich Generation’ (Chisholm 1999; Riley and Brown 2005) of presently middle-aged women caring ‘upwards’ to parents and ‘downwards’ to younger children. From Maria and Elena’s nigh on co-dependent relationship, one sees how what makes ageing so complex and intense a social experience is how the physical conditions of ageing bring about the modulating of roles, without altogether subverting or eradicating existing ones.

‘At a certain point you swap – daughters become Mothers and vice versa.” -– Elena

The relationship in reality is not as clear-cut or one-directional as Elena’s swapping over analogy implies. Instead, the layering of the Mother-daughter relationships thickens, and intensifies as the denial of change sets in. Maria appears to be very much still “the Mamma” in charge of the family home, whilst Elena effectively ‘project manages’ her Mother’s care. Never actively acknowledged between the two women is how ageing has modulated their relationship.

Where international migration is involved, daughter-Mother relationships play out in different ways. Kemala is from a small village in North-East Indonesia. She came to Italy ten years ago to study and work. She now lives in Milan with her husband and two children. Despite the distance, Kemala feels deeply connected with her childhood upbringing in Indonesia, and particularly with her Mother, who at 75 still runs the rice-packing business she had established in the village forty years ago. Despite this, Kemala has always found the intense sociality of her natal village context stifling. The youngest of eight children, she felt, from an early age, a need to leave, by pursuing education and upwards social and transnational mobility. Kemala has returned to Indonesia with her young children, but is unable able to do this often. Kemala’s wariness towards “too much” hometown sociality is reflected in her WhatsApp usage. Strikingly aware of what constitutes her “equilibrio” (equilibrium), Kemala chooses when and how she participates on family WhatsApp groups. She responds on the transnational family group (consisting of over 30 people) only on importance occasions such as select birthdays, or Eid. Knowing that this group exists however, and that “everyone is there”, she confesses, provides comfort to her being physically far. She speaks with her Mother one-two times a week via WhatsApp on her sister’s phone in the village, since her Mother does not have a smartphone.

Kemala engages in care, but on a crafted, individual basis that she deems important for maintaining her sense of balance between countries and socio-cultural; groups. She explains how “the distance helps. It creates a kind of a safety barrier, and behind this barrier, I quietly live my life.” Kemala’s use of smartphones recalls in part Ahlin’s (2018) notion of ‘frequent calling’ in the ethnographic context of transnational Indian families, whereby regularly keeping in touch constitutes notions of ‘good care at a distance’. The frequency of calling with Kemala, however, is modulated by her notion ofself-care. For Kemala, (self-)care is constituted through distance, or rather the smartphone’s socio-technological capacity for facilitating ‘distant-closeness’ (Van House 2007). Meanwhile, the pervasive guilt that Kemala feels about honouring her individual commitment to social distance, and in being physically away from her village and ageing relatives, shows up in her everyday life in Milan. Over the months of participating in community activities together, I notice how she breaks into tears at what appear to be the slightest things that link her to Indonesia, to her village culture, but especially to her Mother.

As Kemala continues to crafts her life in the present, this is done at the intersection of her emotional proximity but physical distance to her kin and village, and her determination to facilitate the best life she can as a Mother herself to children born and growing up in Italy.

Elena, Kemala and their relationships with their Mothers reveal how individuals navigate their wellbeing in complex ways on– and offline via a range of practices rooted in kin relations, social-cultural contexts, and normative expectations. The smartphone, highly present for some, less so for others, facilitates a capacity for virtual presence, distant-closeness and ‘care at a distance’, while physical distance for some enables self-care in the pursuit of individual wellbeing. This is particularly significant in cases of co/dependent Mother-daughter relationships, and contexts of intense family and/or cultural sociality. 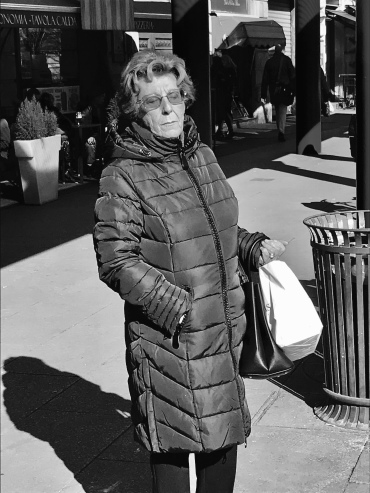 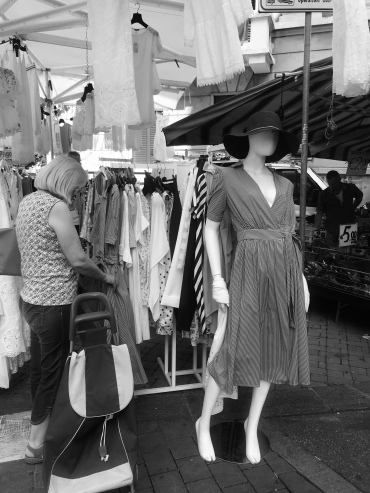 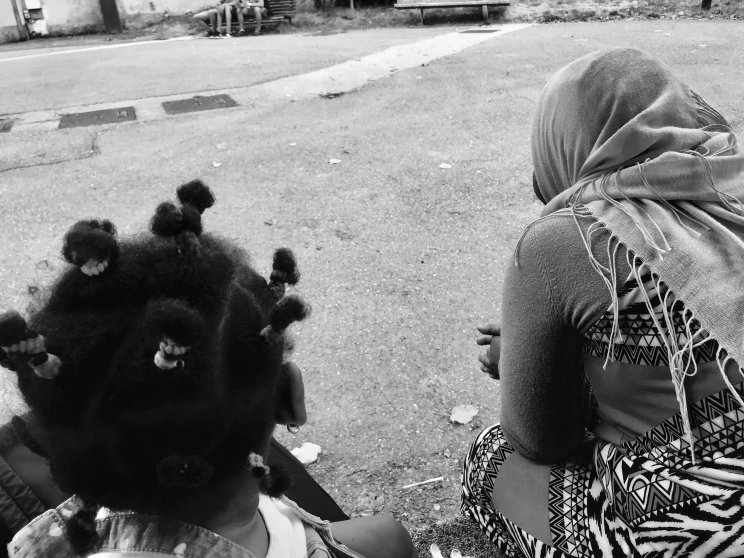